Lenny Nepp (originally called "Larry"), is the bassist and manager of the Newmans. He is the gender counter-part of Laney Penn. He has a secret crush on the band leader, Carrie. He hates Grojband and wants his band to be bigger than theirs. He is often being mistaken for a girl, just as Laney is mistaken for a boy. He is voiced by Bryn McAuley.

Lenny looks exactly like Laney Penn because they have the same body shape, hair color, and outfit. The differences between him and Laney is that he has shorter hair without a hairclip. He wears black shoes instead of boots that are more square and combat-like than Laney's boots. His eyes are more rounded and he doesn't wear eyeliner or black lipstick. His shirt is more of a V-neck shirt than Laney's. It may either be the fact that the rest of the members of his band are female or his appearance that causes people to mistake him for a girl the same way people mistake Laney for a guy.

Lenny overall is the smartest, shyest, and most pessimistic of all of the Newmans. He is oftentimes nervous when it comes to Carrie's crazy plans that he gets dragged into and his knowledge on how everything is going to go wrong when he does what he's doing makes him hate it a lot. However, when it comes to confronting Grojband, his hatred for them overwrites his fear and he gets motivated to fight them with great strength, mainly because of his burning hatred for Laney and the other band members, but also because he knows that there are chances of his band prevailing and coming out on top for once in one of their encounters. He seems to be the only member of the band who uses any common sense and knows ahead of time what the outcomes of Carrie's stupid ideas will be. However, he is always being ignored and treated with the least amount of respect, even though he's right about everything. He always goes through the same routine every day, with telling Carrie that her idea won't work, but her ignoring him and in the end, everything goes horribly awry and what happens is exactly what Lenny said would happen. Of course, Lenny is unwilling to do this and he is always very annoyed and unhappy with the whole thing. He is usually being mistaken for a girl which makes him angry. He has a secret crush on Carrie, just like how Laney has a crush on Corey, but his fear comes into play here too as he is too nervous to ask her out. Lenny's crush on Carrie is probably the only reason he tolerates her nonsense. His main aspiration and goal in life is that he wants The Newmans to become bigger and better than Grojband, just like the rest of his band and he works hard to do this every day, and he doesn't let his countless amounts of failures stand in his way. Basically, his personality is like Laney's, only there is one thing that is really opposite to hers, which would be his shy and cowardly personality, a contrast to her courageous and rebellious personality. 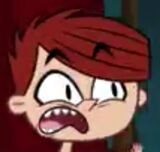 Retrieved from "https://grojband.fandom.com/wiki/Lenny_Nepp?oldid=51367"
Community content is available under CC-BY-SA unless otherwise noted.