Corey catches the chickenpox and gets everybody else infected with it so that they can throw an awareness party. However Trina snitches on them to Mayor Mellow which ends up with them all getting trapped inside of a giant bubble, as well as being unable to scratch due to electric scratching mitts being put on their hands. In an attempt to impress the party critic, they need to prove that the pox rocks.

For more information about this section, visit: Pox N Roll/Gallery 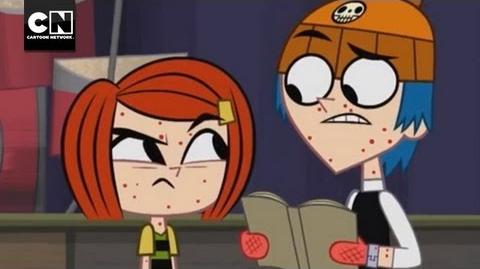 Retrieved from "https://grojband.fandom.com/wiki/Pox_N_Roll?oldid=51397"
Community content is available under CC-BY-SA unless otherwise noted.