The Theme Song is the theme song for Grojband. The song is sung by Corey and plays before every episode of Grojband. It has all of Grojband playing through changing locations.

Corey: Got a band that's really cool
Stealing words from you know who
Playing gigs when we can
Trying to impress our fans
Older sister goes berserk
Her temper is her biggest quirk
I got a plan that might just work
Now, we're gonna rock
And we're gonna roll
We are Grojband
All: Whoa, oh, oh 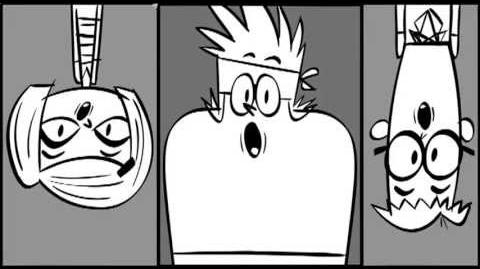