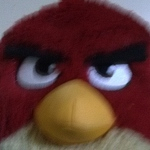 Any of my Real Life Friends

Eymen (the mostly my Worst Enemy, because he is fucking annoying)

Ali Abdi (My Dad, who was now in Africa)

Are you a New Comer, welcome to this page, I'm a Huge Fanboy of Grojband, and I was From Istanbul, Turkey, I was Born on November 1st, 2006, I Like Grizzy and The Lemmings, Grojband, Taffy and Loud House

The Newmans (a Different Band to Grojband)

A Complation of Images of Corey And Trina Edit

All of My pets Edit

An Image Scraggs the Raccoon from Taffy Edit

My Own Grojband Season 3 idea Edit

here are of my fanmade season 3 episodes

Episode 1: Trina Turns Nice: after he bullies corey, he was stopped from being evil to nice.

Episode 2: an Angry Birdtastic Adventure (an Crossover episode with Angry Birds and Grojband): Pigs Was Trying to steal eggs from Red and his flock by Teaming up with Trina and Mina to get the eggs, and red was Need her help from the band, "grojband" to get the eggs back.

Episode 3: The Emo Time: The Band goes to being a Emo, Then Trina Realized that he was reacted over that corey and her Friends Became Emos, then Trina Becomes a Emo.

Episode 4: Minaless: Mina Goes to a Vacation to Hawaii, when Trina Got Unhappy or Happy to get Nick Mallory.

Episode 5: A Memetastic Adventures: Corey and Her Friends Check out on YouTube for some Rockstar Videos, then they Realized something on the Recommendations list, there is a Meme video featuring a Sonic meme, then they starting to make a Meme, then Trina Realized, he was Trying to Ruined It.

Episode 6: a Raccoon To a Disguise: When a Portal Opens in The Taffy's Universe, Bentley (The Doberman Dog) Taffy (Or Scraggs the Raccoon) Discovers the Portal, then They Entered to the Peaceville, Where They Meet the "Grojband", Until Trina Discovers that Taffy is a Raccoon, Then Later, "Mrs Muchmore and Forsythe enter the Portal, along with Mish and Mash (who are also Taffy's Raccoon Friends) by the Way, trina also trying to get Rid of Taffy, Bentley, Mish and Mash, when Mrs Muchmore come to the Garage to Stop Trina to Sweep Taffy and Bentley, They also Meet Nick Mallory, then in the End, They Back to their Own Universe.

Episode 7: Visit to Turkey: The Band goes to Istanbul to make music, by the way. trina was Also there.

Episode 8: Vampired!: Trina got turned into a Vampire by a Bat, the band must get him back to normal

Episode 9: HalloWeenie: The Peaceville "Elementary Junior High" had A Halloween party, and It's need a music until Trina Trying to Ruins It.

Episode 11: Unlucky or Lucky: It's St Patrick Day, the band is gonna make a song. but Trina had a Lucky shoe, and Mina Gets a Bad Luck

Episode 12: The Talent Show: Trina Goes to a Talent show, when he Realized, Nick Mallory was There. so Corey Needs to Stop trina

Episode 13: The Milk: the Band watches a Scary Movie. then they make a Song out of It, Kon also Thinks Milks are Scary

Episode 14: Meeting Luna Loud (This is Another Crossover Episode with Luna Loud from The Loud House): Luna Loud Joins with Grojband to make a songs, then Trina Realized the fourth "New Member in the band". he was trying to roast them

Episode 15: The New Fan: a Male Fan of Grojband by the Name Known as, "Joey" meets Grojband, and Trina Realized that the band now had a Second Fan

Episode 16: Sonichu to Met: When Sonichu's Creator, "Chris Chan" or "Christian Weston Chandler", and Sonichu come to Peaceville to meet grojband, Laney was Often Disgusted about Chris Chan, Trina was Discovers Sonichu and tells to a Hunter who was had a the name by the goes as "The Fan Character Hunter", to tell him about the Pikachu-Sonic Hybrid "Sonichu"

Episode 17: Christmased: It's December, and It's Christmas, the grojband was Gonna also get gifts for Christmas Until Trina Got a Pile of Coal, and he Goes to North Pole to get Santa, and Deliver Children to Coal.

Episode 18: OswaldoBand: Grojband meets Oswaldo, Leia and Tobias, but Trina founds out; she goes to their universe to ruin them.

Retrieved from "https://grojband.fandom.com/wiki/User:MrKatFanatic2006?oldid=52656"
Community content is available under CC-BY-SA unless otherwise noted.